Is Hereditary Motor and Sensory Neuropathy also known by other names?

What is CMT / HMSN disorder?

The group of disorders first named Charcot-Marie-Tooth disorder (CMT), for three physicians who first identified it in 1886, are also known as peroneal muscular atrophy because the peroneal muscles on the outer side of the calves are particularly affected. Hereditary Motor and Sensory Neuropathies (HMSN) is now the preferred name for this group of disorders that are superficially similar. The motor component refers to the weakness and wasting of the muscles below the knees and often those of the hands.  Many individuals also have loss of feeling in the hands and feet – this is the sensory component. The term neuropathy refers to the fact that it is the peripheral nerves (which connect the spinal cord to the muscles, joints and skin, carrying messages in both directions), which do not function normally. As the name implies, these are inherited disorders.

There are different types of HMSN. The two most common types (I and II) differ in the way that the nerves function abnormally.

Other types: There are other more complex forms of HMSN in which the neuropathy is combined with other features such as deafness or visual problems.  These are all very rare.

The HMSN’s are caused by defects in genes, the body’s basic units of heredity.  Genes determine inherited characteristics such as eye and hair colour. Genes carry the blueprint to produce one or more proteins necessary for healthy cells. In HMSN disorders, a gene defect leads to an absence of or abnormality in one or more proteins necessary for normal nerve function. At least 6 or 7 genes may cause the disorder, although in any one individual or family only one gene would be faulty.

The conditions are slowly progressive and onset is often difficult to determine. HMSN I, which is the most common, usually tends to produce symptoms starting in the first 20 years of life.  HMSN II may develop in childhood but more commonly develops after the age of 20 and sometimes not until much later.

The first symptom noted is usually foot problems, such as a high arch or flexed toes resulting in slight difficulty when walking due to problems with picking up the feet.  Patients may trip or have to step carefully.  Many people, especially those with HMSN type I have high arched feet which may be obvious form an early age.  Weakness of the hands as well as numbness of the feet and hands occurs in some people. But this does not usually cause symptoms until after the age of 20.  Very rarely the numbness can be severe and it is then easy for affected individuals to injure themselves without knowing it. Sometimes people with HMSN I have shakiness of the hands (tremor). Mild curvature of the spine (scoliosis) occurs in some people, especially those with HMSN types I and III, but it is not usually severe in HMSN type I.

The types of HMSN I and II that are inherited (run through generations in families) are not usually severely disabling disorders and often do not change a great deal after people have finished growing.  It is unusual for people with HMSN to lose the ability to walk, although some older people need a stick or other walking aids. Walking and foot problems produce the most significant disability and may cause problems when participating in sports. Lifespan is not reduced and intellectual ability is also not affected.  Since the muscles of the hands may be affected, aids may also be required for daily activities such as writing, fastening buttons and tuning knobs.

It is important to stress that the disorder often varies enormously in severity, even in members of the same family and 10 to 20 % of affected individuals have no symptoms at all but are found to have evidence of the condition on examination or using electrical or gene tests.

How is CMT / HMSN inherited?

It is important to determine which type of HMSN someone has, as there are different patterns of inheritance associated with them. This has important implications for the family. HMSN I and II are most commonly inherited in an autosomal dominant pattern.  The affected person has one faulty gene and each child of an affected parent has a 50% chance of being affected. In this form of inheritance the genetic defect may be located on any of the 23 pairs of chromosomes in each human cell, except the two that determine a person’s sex. As a result, it is necessary for only one parent to carry the defective gene for the disorder to be transmitted.  With this inheritance pattern, male and female children are equally affected.  Recent research has shown that in most families with dominantly inherited HMSN Ia, the abnormal gene is located on chromosome number 17.

In some families, HMSN is caused by an X-linked gene that is carried on one of the so-called sex chromosomes that determine the sex of the child (all females are XX, males are XY).  In the X‑linked recessive pattern, only males develop the disorder, if they inherit the disorder from their mothers who are known carriers.  In the X-linked dominant pattern, an affected mother can pass on the disorder to both sons and daughters while an affected father can only pass it on to his daughters.  In X-linked forms, males are generally more severely affected than females. In both the dominant and X-linked forms of HMSN, so-called new mutations are common.  The affected individual may be the first one in their family and there may be no family history. In occasional families with HMSN types I and II, and in all families with HMSN type III, the inheritance is autosomal recessive which requires a child to inherit a defective gene from both parents to get the disorder. The parents do not usually have any symptoms themselves.

How is CMT / HMSN diagnosed?

Clinical diagnosis is made by an experienced doctor who does a thorough physical examination, evaluating characteristic foot, leg and hand weaknesses, as well as deformities and impaired function in walking and in manual manipulation.  The patient’s family history is also investigated.  The clinical diagnosis is then confirmed by a series of tests.

A useful test is an electromyogram that records the electrical activity of muscle cells and the speed at which impulses travel along nerves.  This is important in determining which type of HMSN disorder the patient has. In addition, X-rays and scans (CT or MRI) help to evaluate whether extremity deformities, and spine curvature or scoliosis when present.

DNA testing is also available where faulty genes that can cause HMSN disorder are identified.  If positive, the diagnosis is confirmed.  These tests can also be used for prenatal diagnosis and presymptomatic diagnosis.  At present testing is only available for HMSN I, including 2 of the dominant types and one which is X-linked.  However, new genes are being discovered all the time.  The most common type of HMSN I is type Ia which is due to an extra copy of a gene located on chromosome 17. Affected individuals have an extra copy of a part of the chromosome including a gene that is important in myelin formation.  Genetic testing is available through specialist genetic centres.

There is currently no known cure for HMSN.

Physiotherapist and orthopaedic surgeons can treat the deformities and walking problems found in many people with the disorder.  In addition, help and advice from an experienced podiatrist may be valuable to HMSN patients.

One of the most common problems in HMSN is difficulty in getting shoes that fit well because of the arched feet.  It is important to wear shoes with good support, and arch supports or other devices within the shoes may be needed.  In people who have quite a lot of weakness of the leg muscles, plastic splints are often very helpful to reduce the tendency of the foot to drop.  Ideally children and teenagers with HMSN should be seen annually by a neurologist or a paediatrician to ensure that severe problems with the feet do not develop.  Surgery may be helpful for very highly arched feet, either to reduce the arch and the curling of the toes which often goes with it, or to fuse together some of the foot bones.  After procedures of this sort, and any other operation, it is essential to minimise periods spent in bed, as increased difficulties in walking are often noticed afterwards. Just as rest may enhance difficulty in walking, active exercise and maintaining fitness help to maintain mobility.  Surgery is not usually needed for scoliosis but may have to be considered in the very few cases in which this is severe.  When experiencing a lot of numbness of the feet, it is important to take great care of the feet, washing and drying them carefully, and inspecting the skin for small ulcers.  The inside of the shoes should be taken out to remove small stones etc., and the insides felt for irregularities that could damage the skin.

It is not considered extremely high risk, but the anaesthetist should be informed that the patient has HMSN. It is always recommended that the presence of a muscular disorder be mentioned to your doctor.

Has research been conducted on CMT / HMSN in South Africa?

There is no basic research on HMSN in South Africa at present. Efforts are underway to establish a DNA diagnostic programme. However, there are many scientists internationally who are pursuing the causes of CMT / HMSN disorder on a number of research fronts.  They are trying to isolate the genes and define the faults that cause the HMSN’s. They are also studying the dynamics of nerve function, development, degeneration and regeneration, as well as nerve-muscle interaction for insight into the pathological process resulting in HMSN disorder. 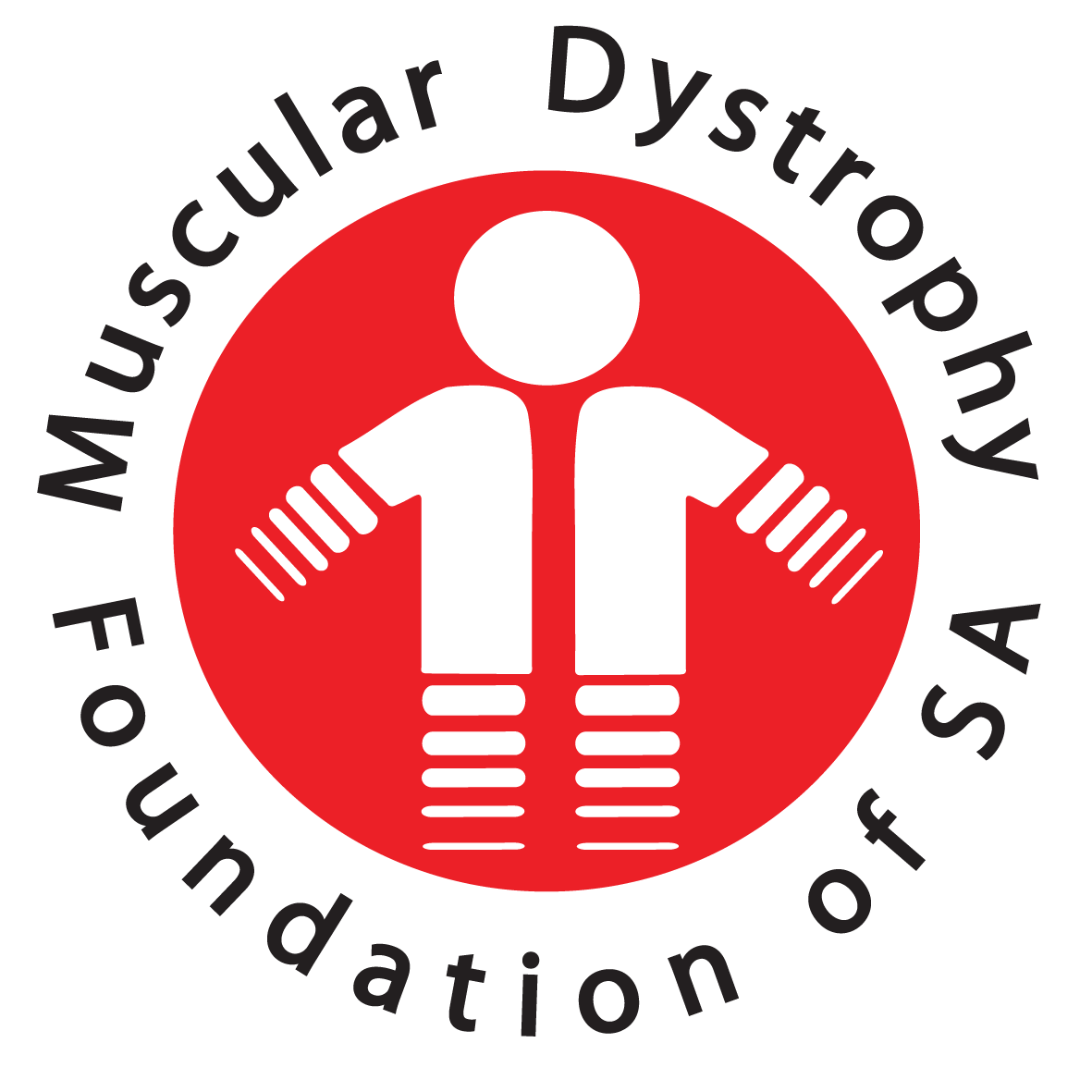